Back to Let's talk

“My default mode is happiness”

Every morning, she wakes up with a smile. It’s not even by choice. It’s a fundamental state, despite plenty of adversity along the way. Meet British fashion designer Anjuli, who will soon embark on her next chapter.

For the past 13 years, she has lived in Denmark. She has put down roots here. It hasn’t always been a perfect, comfy bed of roses, and life has presented its fair share of challenges. But that’s how it is with Anjuli.

It is a default setting. The positivity. The zest for life. The curiosity. And creativity is always part of her equation. A light in the dark. Because it is constructive, and because it makes sense:

“Creativity is my life support. If I’m not being creative, it’s because something is wrong with me. I’ve really noticed that, at times when I’m not feeling myself, that’s the first thing I let go of. But I know that being creative is going to help me feel okay”, Anjuli says.

Live life
For Anjuli (b. 1985), the positive attitude has always been a basic premise for crossing cultural boundaries and becoming a natural part of another country:

“I’m not one of those people who finds it hard to get out of bed in the morning. I wake up and I feel happy. I think my default mode is happiness. So my life revolves around doing things that make me and other people happy”, Anjuli says. 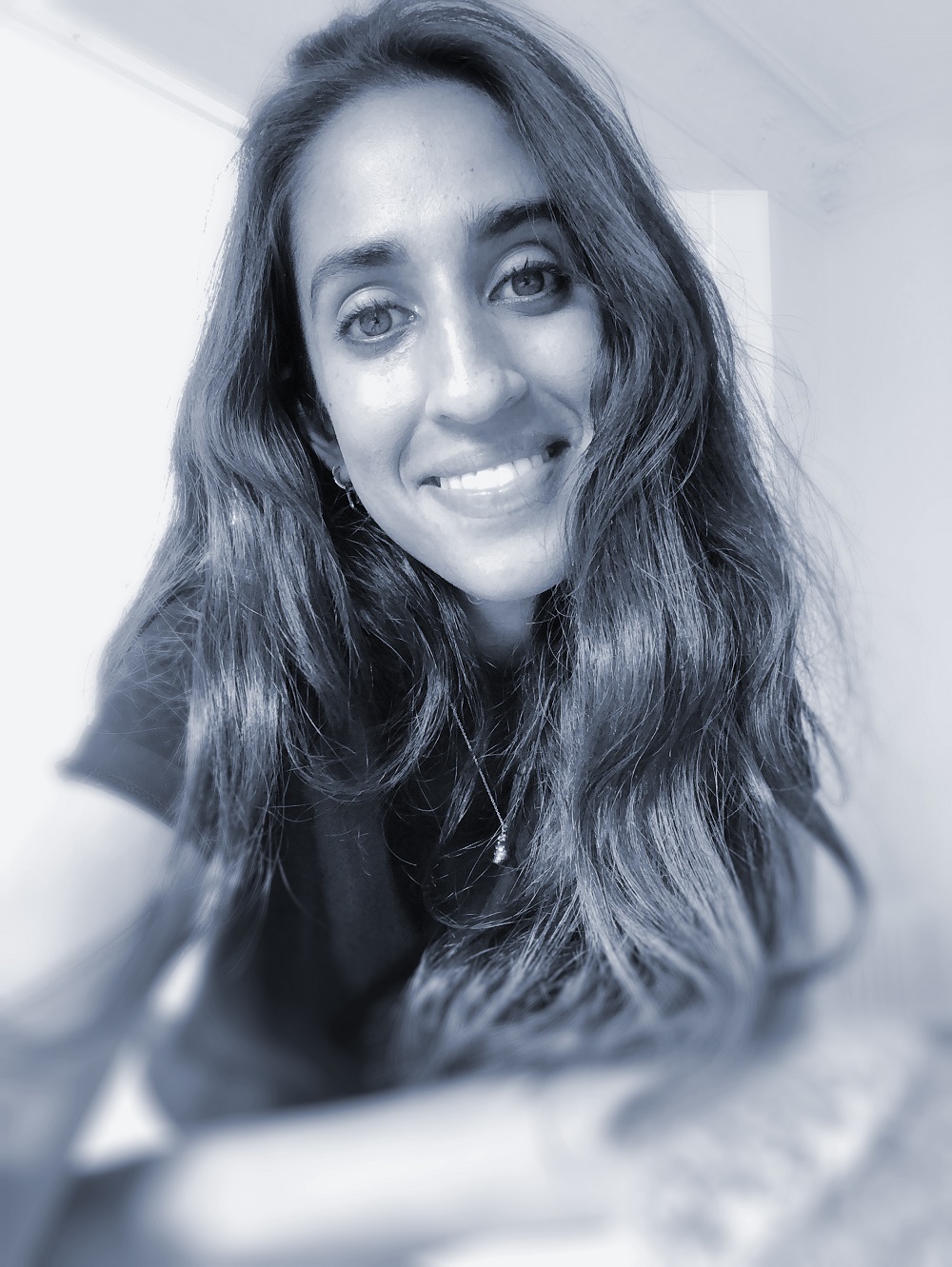 “CREATIVITY IS MY LIFE SUPPORT. IF I’M NOT BEING CREATIVE, IT’S BECAUSE SOMETHING IS WRONG WITH ME. I NOTICED THAT, AT TIMES WHEN I’M NOT FEELING MYSELF, THAT’S THE FIRST THING I LET GO OF. BUT I KNOW THAT BEING CREATIVE IS GOING TO HELP ME FEEL OKAY.” 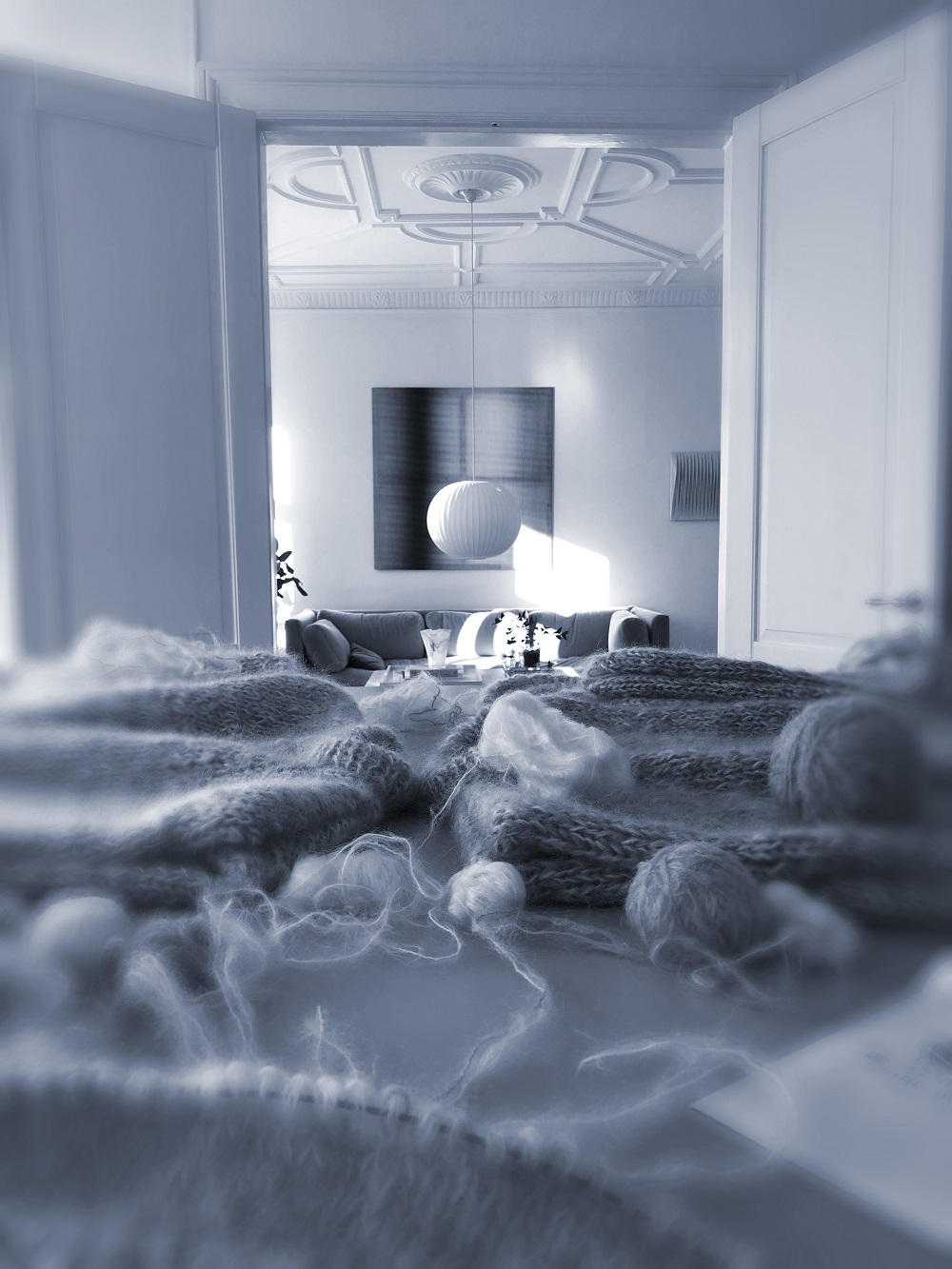 “THE DANISH AND ENGLISH SENSE OF HUMOUR IS VERY FUNNY. OR VERY SIMILAR. BEING A DESIGNER, I FIND THAT THE WAY WE DRESS IS QUITE SIMILAR AS WELL. IT’S BEEN AN AMAZING EXPERIENCE. AND ALSO… OUR DRINKING CULTURES ARE QUITE SIMILAR!”

Step out of the comfort zone
She has experienced both similarities and differences between Danish and British culture. Of course, language is a significant barrier that must be overcome first. After that, other things will inevitably emerge:

“In the beginning, I found it quite hard to make friends. In London, people socialise a lot after work, and it isn’t really like that here. So that was very different”, Anjuli continues:

“But having said that, I found that in Denmark, once you’ve really made a friend, you’ve kind of got that friend for life. You can forge really close and deep friendships if you step out of your comfort zone. I have a handful of friends here who I know will be in my life forever. So I think Danes are very loyal people. And that alone has made it such a joyful experience to live here.

Navigating between two cultures
Danes are probably harder to get close to initially. However, obvious similarities and extenuating circumstances also emerge along the way:

“After a year or two I felt really comfortable. I started to learn the language and things became easier. Also, I was quite young when I moved here. I was 21, and a bit shy. I suppose I didn’t really know myself yet. I found it hard to kind of just put myself out there. It’d probably be different had I moved now”, Anjuli says and elaborates:

“But I think culturally it’s also very similar in many ways. Like… the Danish and English sense of humour is very funny. Or very similar. Being a designer, I find that the way we dress is quite similar as well. It’s been an amazing experience. And also… our drinking cultures are quite similar!” Anjuli laughs.

“I WAKE UP AND I FEEL HAPPY. I THINK MY DEFAULT MODE IS HAPPINESS. SO MY LIFE REVOLVES AROUND DOING THINGS THAT MAKE ME AND OTHER PEOPLE HAPPY.”

Life is movement
Anjuli is a fashion designer at heart. This is where she finds substance and joy. In creating. And that’s the way it’s always been. Ever since she was a child. Sewing, drawing, knitting, creating clothes, creating new patterns and designs. Or just rollerskating.

Because it’s all about movement. Physically and mentally. About growing. About daring to do something new. In many ways, life itself is movement and change. It’s no coincidence that three of her personal keywords are colour, vitality and creativity. And for Anjuli, the next chapter in her modern-day grand tour may begin shortly.

For more than a decade, she has based herself in the city centre, in a beautiful, high-ceilinged apartment with designs, clothes, curtains and a view of the church. However, she has decided that her next stop will be London, where she originally comes from. It’s not a nostalgia trip. In many ways, it’s a brand new chapter of a brand new story that lies ahead.

Reinventing myself
“As I recovered from a messy divorce, I had to do creative things and something that felt a little less materialistic. It was like therapy. It was really my way of kind of grounding myself through that. I’ve actually just completed training as a life coach, and I still have my knitting business on the side”, says Anjuli.

“It’s not sentimental, moving back to London. I’m a different person now, and it’s like reinventing myself and my understanding of the city. I just really want to work with people, be creative and help out a bit more.”

Moving on
“What I was going through… I want to share that with other people. Just like… to help and be creative. That’s what I want to do in my free time, so if I could do that for work, it’d just be amazing. Right now, my mum, my sister and I are talking about starting up a small brand in London. So I really got them both into knitting. During Covid, we knitted like crazy”, Anjuli laughs.

Life is movement. Change. An adventure. Now, she’s embarking on a new one. It’s about growing and developing. For Anjuli, standing still is not an option. And the journey is only just beginning. 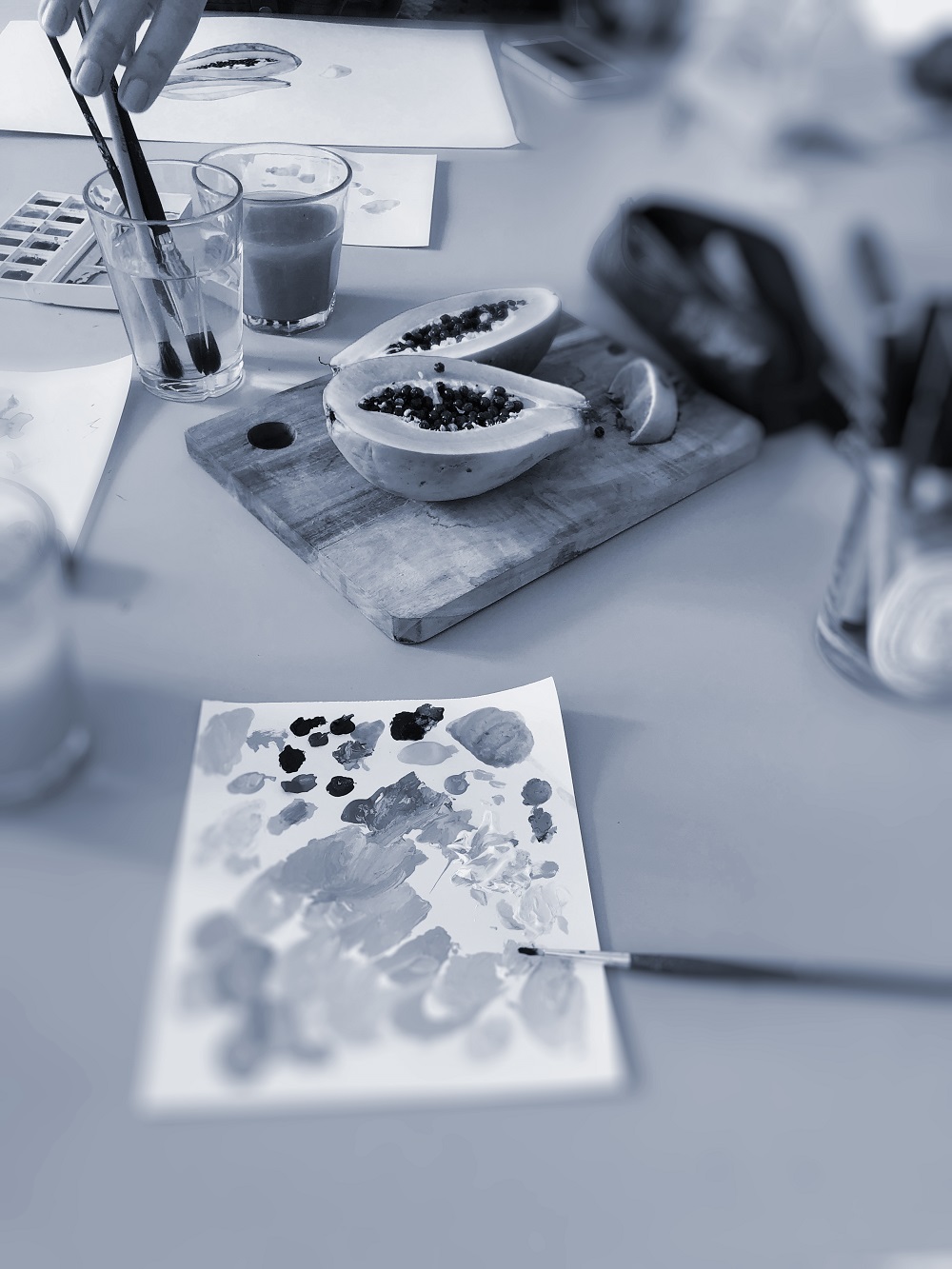 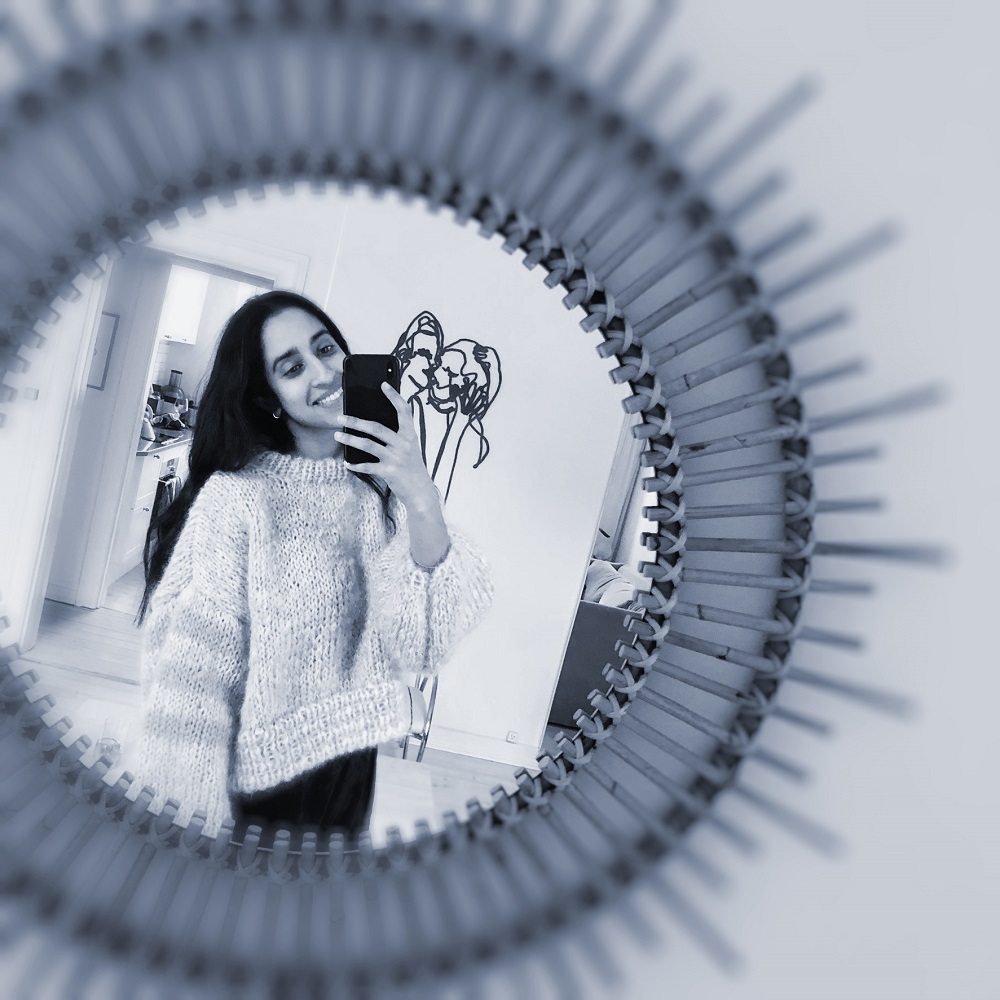 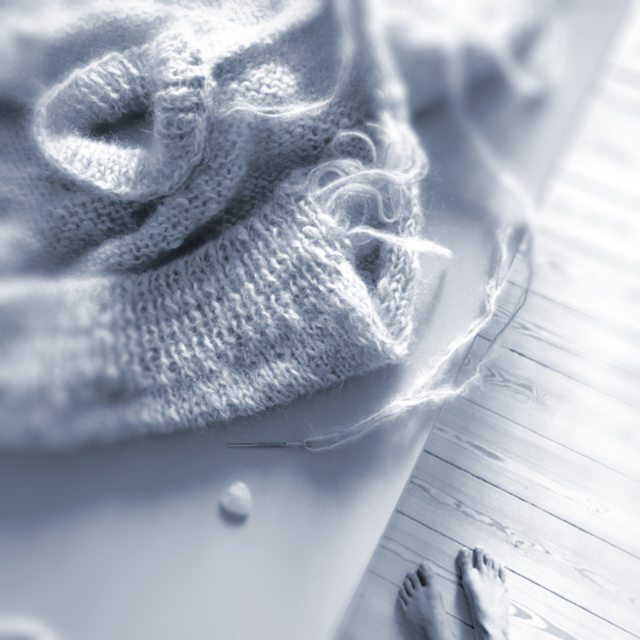 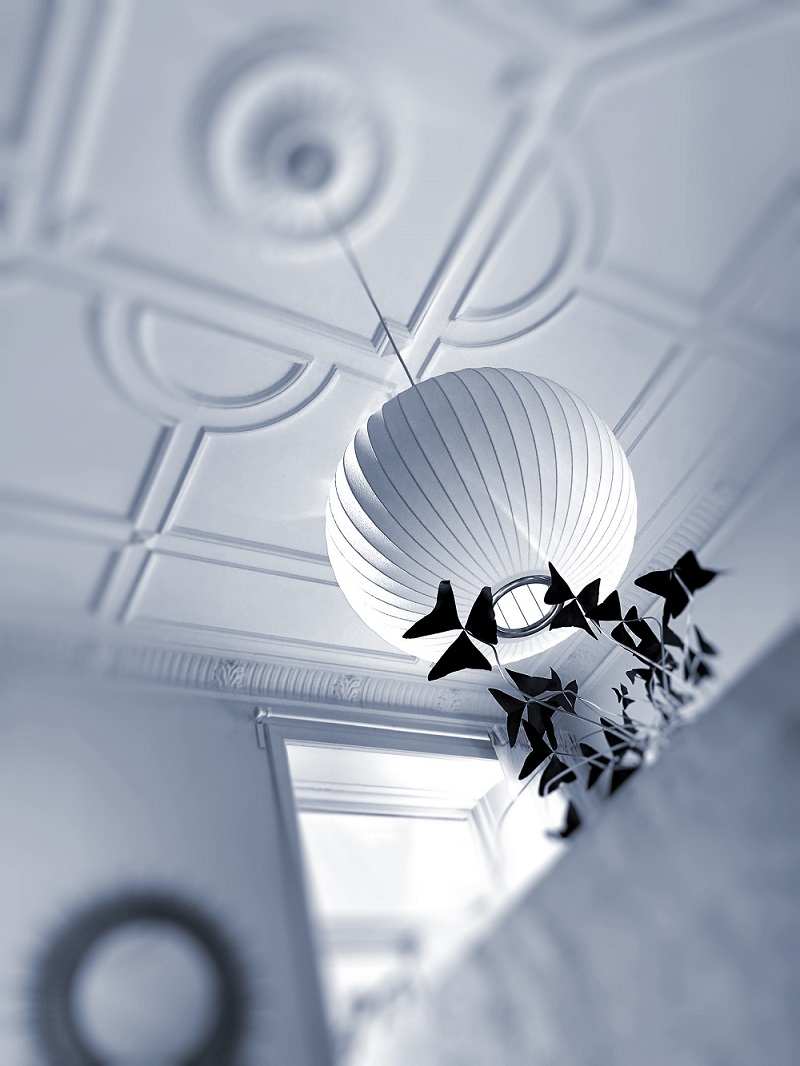 0
0
Bag
Your cart is emptyReturn to shop
Continue shopping
This site is registered on wpml.org as a development site.